The TSP Modernization Act of 2017

A lot of people have a lot of questions about this new law: the TSP Modernization Act of 2017.

The modernization act officially goes into effect in September of 2019, and is the first change in around 30 years to the Thrift Savings program. It’s kind of a big deal.

1. WHAT IS THE TSP MODERNIZATION ACT?

The TSP Modernization Act is a new law that was signed in 2017 that will allow more flexible withdrawal options with your TSP– which is very much needed! It will take effect by at least September of 2019.

TSP has been very strict in the past about when users can access their own retirement funds, and this act is essentially removing a lot of those old limits or penalties.

One great thing about it is that all TSP participants, whether retired or actively working, can take advantage of the new changes once they get implemented.

Right now, you're only allowed one partial in-service or post-service withdrawal from your TSP. That means if you need to take out a second lump sum for any reason, you're forced to take all of the money out of your TSP account.

Additionally, your money from your Roth and Traditional balances must come out proportionately, so you can't really pick and choose between your taxable or tax-free funds right now. You must take both.

So if you’re, say, trying to withdraw money for an emergency, you might end up with additional taxes or penalties – especially if you’ve already withdrawn from your TSP before – and that seems unfair to a lot of people.

Your RDMs (required minimum distributions) also require you to make a full withdrawal election after you have turned 70.5 years old and have separated from service; or else TSP will initiate an account abandonment process.

In other words, you have to take action or you can get penalized, not only on the abandonment process but from the IRS as well.

3. WHAT THE TSP MODERNIZATION ACT WILL BE CHANGING

Once the act gets implemented, you'll be able to make up to four partial in-service withdrawals. So, while you're working, you'll have access to your TSP four times. You obviously have to be 59.5 or older, otherwise there could be penalties incurred on that. After retirement, you're allowed to make unlimited post-separation withdrawals.

Once you're separated from service for at least 30 days, you can tap into your TSP as often as you like!

Now you also have the option to withdraw from either Roth or Traditional, and you’re not forced to take out proportionally-equal amounts. Now you can choose between your tax-free money and your taxable money!

The RMDs are automatically calculated and distributed to you if you have not satisfied the requirements– whereas in the past, you had to make an action. Now, thank goodness, you don’t get penalized for forgetting about it. If you don't do anything, they will do it for you automatically!

Now, in addition to the option of making payments on a monthly basis, you can now opt to pay annually or quarterly instead. You can make changes at any time of the year. Also, you can make lump sum withdrawals while receiving regular payments.

All these options are great, and they should all be implemented by September of 2019.

Just remember to be careful: having unlimited access to your TSP funds can be valuable, but don’t forget– this is your retirement account. You want your money to last.

Do you know if you're getting the maximum out of your TSP right now?

We can help you figure that out!

United Benefits has assisted thousands of federal employees on several impactful topics. We can help you, too. Ask us anything!

Click here to request a consultation and talk one-on-one with a representative about the options available to you. 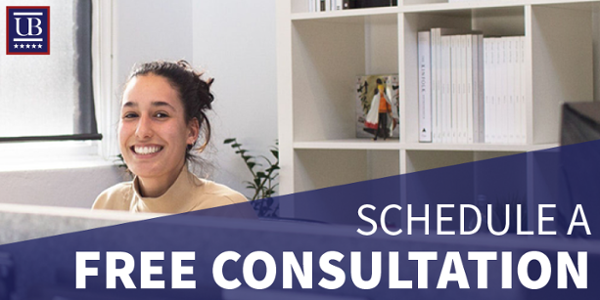 We've assisted thousands of federal employees on several impactful topics, and we can help you too. Ask us anything!